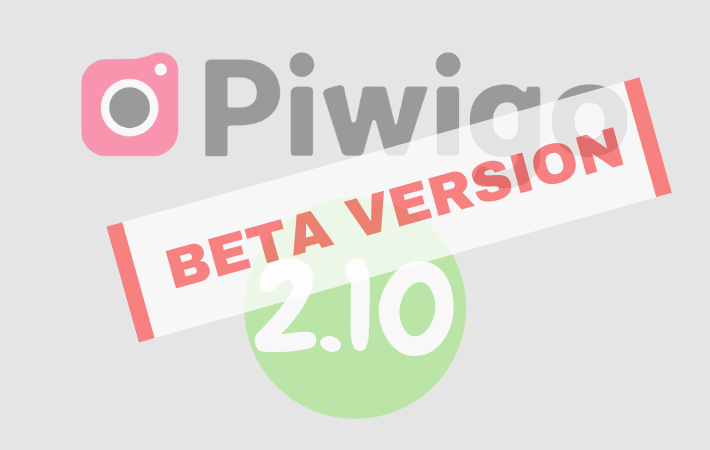 The Piwigo team is very happy to announce that the next Piwigo release is coming soon! But before making Piwigo 2.10 official, we need you, users, to test our new features. Are you up for it?

It has been a while (more than 2 years) since we released a new version of Piwigo. We have been working hard over the last few months to be able to release version 2.10 this summer!

It has been available since the beginning of June, but be careful: it is not yet an official version. It is possible that it still has bugs. That’s why we need Piwigo users to agree to test it, after what we can deploy 2.10 on all piwigo.com accounts.

We need your help before we can deploy the 2.10 on all accounts!

Some screenshots of the 2.10