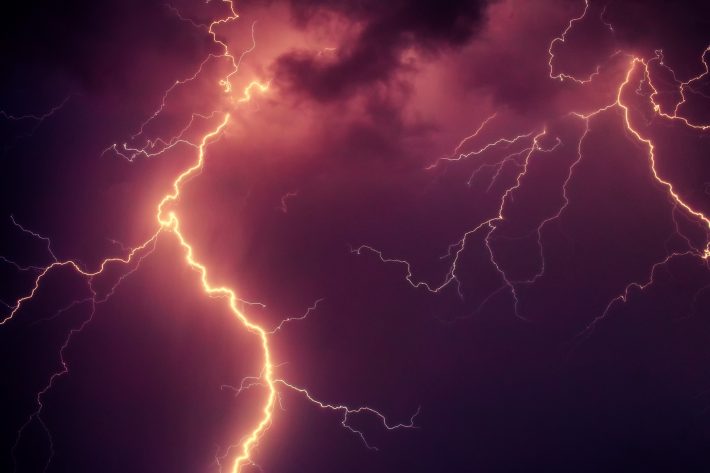 The huge downtime at OVH that occurred on November 9th 2017 was quite like an earthquake for the European web. Of course Piwigo.com was impacted. But before that, we lived the server failure of October 7th and another one on October 14th. Let’s describe and explain what happened.

On October 7th 2017, during saturday evening, our “reverse-proxy” server, the one through which all web traffic goes, crashed. OVH, our technical host, has identified a problem on the motherboard and replaced it. Web traffic was routed to the spare server during the short downtime. A server failure without real gravity, without loss of data, but which announced the start of a painful series of technical problems.

A week later, on October 14th, the very same “reverse-proxy” server saw his load go into such high levels it was unable to deliver web pages… Web traffic is again switched to the spare server, in read-only mode for accounts hosted on this server. About 10 hours of investigation later, we were still not able to understand the origin of the problem. We have to decide to switch the spare server to write mode. This decision was difficult to take because it meant losing data produced between the last backup (1am) and the switch to spare server (about 8am). In other words, for the accounts hosted on this server, the photos added during the night simply “disappeared” from their Piwigo.

This is the first time in the history of Piwigo.com that we switch a spare server to write mode. Unfortunately, another problem has happened, related to the first one. To explain this problem, it is necessary to understand how Piwigo.com servers infrastructure works.

On the Piwigo.com infrastructure, servers work in pairs: a main server and its spare server. There are currently 4 pairs in production. The main server takes care of the “live operations”, while the spare server is synchronized with its main server every night and receives the web traffic in read-only during downtimes.

In the usual way, spare servers only allow read operations, ie you can visit the albums or view the photos, but not enter the administration or add photos.

One of the server pairs is what we call the “reverse-proxy”: all the web traffic of *.piwigo.com goes through this server and according to the piwigo concerned, the traffic goes to one or the other pair. Normally the reverse-proxy is configured to point to the main servers, not spare servers.

That’s enough for infrastructure details… let’s go back to October 14th: so we switched the IPFO to use the spare reverse-proxy server. Unfortunately, we met 2 problems in cascade:

Why such an unexpected configuration?

Because we sometimes use the spare infrastructure to do real-life tests. In this case, these were IPV6 tests.

What impact for users?

During the many hours when the web traffic went through the spare reverse-proxy server, accounts hosted on the faulty server returned to the state of the previous night where photos added during night & morning had apparently disappeared but they were able to keep adding photos. This state did not trigger any specific alert : the situation seemed “normal” for the users concerned and for our monitor system. When the problem was detected, we changed the reverse proxy configuration to point back to the main server. Consequence: all the photos added during the downtime apparently disappeared.

What actions have been taken after October 14th?

A new script was pushed on production. It checks very often that reverse-proxy is configured to send web traffic on main servers only.

2) Checks on write Vs read-only mode

Another script was pushed to production. This one checks main servers are configured in write mode and spare severs are in read-only mode.

The “non-vital” web applications, on which we have less expertise, were switched to a third-party server dedicated to this use: 2 WordPress blogs, wiki, forum and piwik (analytics for visits). Indeed, one of the possibilities for the server failure, is that an application entered the 4th dimension or was under attack. Moving these applications into an “isolated” server helps to limit the impact of any future issue.

The decision to switch a spare server to write mode, ie turn it into a main server, is a hard to take. Indeed it means giving up any hope to return to the main server. This decision is difficult because it involves accepting a loss of data.

To make this decision simpler, two measures have been taken: first to define a time threshold after which we apply the switch. In our case, if the failure lasts more than 2 hours, we will switch. Then backups must be more frequent than once a day: if the backups were only 1 or 2 hours old, the decision would have been much easier!

In addition to the daily backup, we have added a new “rolling backups” system: every 15 minutes, the script analyzes each Piwigo on specific criteria (new/modified/deleted photos/users/albums/groups…). If anything has changed since the last backup, the script backs up the Piwigo (files + database) with a synchronization on the spare server.

C) What about the giant downtime on OVH network, on October 9th and 10th ?

Being hosted at OVH, especially in the datacenter of Strasbourg (France, Europe), the downtime has greatly impacted our own infrastructure. First because our main reverse-proxy server is in Strasbourg. The datacenter failure put Piwigo.com completely out of order during the morning of November 9th (Central Europe time). Then because we could not switch the IP Fail Over. Or rather, OVH allowed us to do it, but instead of requiring ~60 seconds, it took ~10 hours! Hours when the accounts hosted on the reverse-proxy server were in read-only.

Unlike the October 14th situation, we could not make the decision to switch the spare server in write mode because an IPFO switch request was in progress, and we had no idea how long it would take OVH to apply the action.

The Piwigo.com infrastructure has returned to its normal state on November 10th at 14:46, Paris time (France).

OVH has just provided compensation for these failures. We were waiting for it to publish this blog post. The compensation is not much, compared to the actual damage, but we will fully transfer this compensation to our customers. After very high level calculations, 3 days of time credits were added to each account. It’s a small commercial gesture but we think we have to reverse it to you as a symbol!

We are sorry for these inconveniences. As you read in this blog post, we’ve improved our methods to mitigate risk in the future and reduce the impact of an irreversible server failure.